Across the board, the most common technology mistake made during building design and planning is the lack of accounting for wireless needs. For a variety of reasons, when owners and/or architects are envisioning their concept, they overlook wireless systems and don't think ahead — even though the systems have grown in importance to include core applications. As a result, at the end of the job, often even after the building is complete and occupied, they get hit with the additional headache of disrupting tenants to pull cables, install surface-mounted devices, and of course, the additional cost.

A key component when designing high-efficiency buildings is the ability to measure, monitor, and control building systems such as HVAC, lighting, security/access control, and fire life safety. By monitoring building systems, owners and operators can customize and control the systems' expenditure and usage and potentially reduce a building's total energy consumption by 5 to 15 percent annually. This is a reason why more than half of U.S. buildings larger than 100,000 square feet have building automation systems (BAS) installed.

Core business applications now often rely on wireless networks, so network downtime affects not only wireless building automation, but also devices like individual smartphones, which have become key to user productivity. At this point, it's imperative to provide a reliable wireless network, which requires proper planning, testing, and commissioning.

Understanding Benefits of Virtualization in World of BAS 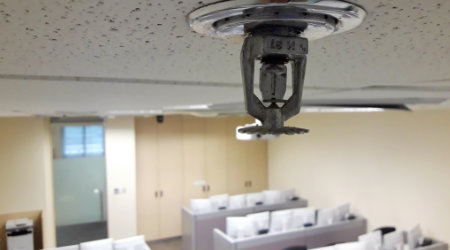