By Rita Tatum   Building Automation
OTHER PARTS OF THIS ARTICLEPt. 1: The Growing Integration of Enterprise Systems and BASPt. 2: This Page

While traditional enterprise firms pursue BAS to IT integration from the top down, Echelon Corporation and BACnet groups are approaching the matter from the BAS upward.

In January, BACnet published a new complete version of the standard that includes an addendum on BACnet/Web Services, as well as seven other addenda. Eleven more addenda are being worked on by the American Society of Heating, Refrigerating and Air-Conditioning Engineers (ASHRAE) Standing Standard Project Committee (SSPC) 135, which developed the BACnet protocol. In addition, four addenda are underway for 135.1, BACnet’s companion testing standard.

For some years now, SSPC 135’s Utilities Integration Working group has been teaming with national labs and electric utilities on grid-related technologies such as real-time pricing and automated demand response. In June, the group was rechartered as the Smart Grid Working Group, which is expected to continue working closely with NIST, Lawrence Berkeley National Laboratory and other groups as the smart grid develops.

A definition for an XML syntax that can be used to represent building data in a consistent, flexible and extensible manner was defined by addendum t. The second public review of a revised version of the addendum was wrapped up in May.

“Using BACnet/IP, a device like the facility manager’s laptop can now connect anywhere in the enterprise and get BAS data from throughout the enterprise,” says Zimmer. “BACnet/WS provides a means to integrate building automation and control systems with other enterprise computing applications using SOAP/XML technologies. Such systems allow platforms like Microsoft .Net or Java to access real time data from a building automation system.”

Meanwhile, Echelon Corporation, the company behind the open LON technology used by the many members of LonMark International, offers the i.LON SmartServer, which includes the i.LON 100 Internet Server and adds custom programming support and built-in network management through a built-in Web interface. In April 2009 Echelon formed a smart meter alliance with T-Mobile USA. Smart meters are a crucial to the rollout of smart grid technology.

LonMark’s members have developed a “system definition” that addresses how LonMark devices will communicate over the Internet. This allows data to be reviewed in a standard fashion using Web services such as SOAP and XML. Systems meeting the definition’s criteria are considered “LonMark Open Systems.”

Today, the technology exists to extract data from BAS and send it to enterprise systems, then send it from those systems back to the BAS. But the technology is complex. The average facility executive is not going to be able to call his or her favorite BAS contractor and expect that firm to come out with some equipment to plug in tomorrow. Even in sophisticated companies with significant IT expertise, the process is a challenge.

At least for now, BAS/enterprise system technology may not be accessible or practical for the average company. “The limiting factor for growth of integrated BAS/IT systems is at the local BAS contractor level,” says Caffrey. “Independent control contractors and manufacturer branch office personnel alike are not strong in IT technology.”

At least for this generation of technology, rapid growth in BAS/enterprise system connections is only expected in large organizations with strong IT expertise in-house. But facility executives should keep their eyes open — in the IT world, a generation is three years. 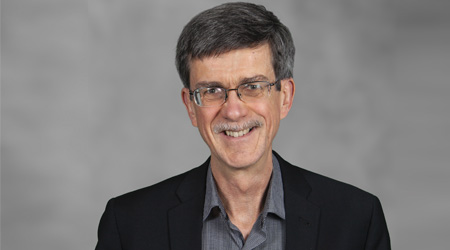 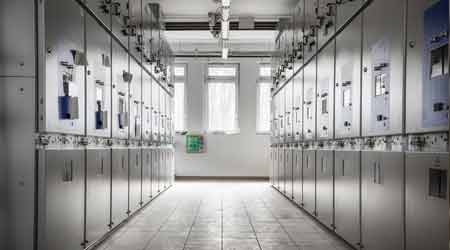