As ADA turns 30 years old, it’s important to remember ADA is about inclusivity, not exclusivity. Here are some tips for FMs to comply with the law.

Did you know your sales and service counter cannot exceed 36 inches in height (34 inches in California)? Did you know that most accessibility litigation begins in your parking lot? Did you know 36 inches is required between your clothing sales racks to maintain an accessible route? The 1990 Americans with Disabilities Act (ADA) matters for all businesses. The law states it is illegal to provide “goods and services to the public” that are not also readily accessible to individuals with disabilities. The ADA protects the rights of individuals with disabilities in all aspects of employment, in accessing public services such as local bus transportation, and guaranteeing access to privately owned establishments (also known as places of public accommodation) such as restaurants, drinking establishments, retail stores, hotels, and even nail salons (including those comfortable spa “foot” chairs).

Today, more than 60 million Americans have a documented disability. According to ADA National Network, disability is defined as a “physical or mental impairment that substantially limits one or more major life activities.” 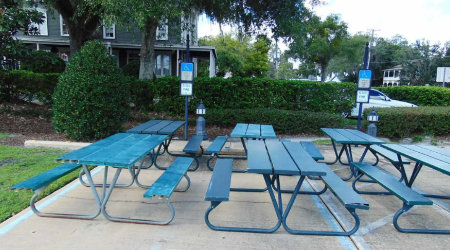 Despite increased awareness and legislation, millions of individuals with a documented disability still experience accessibility challenges related to non-compliance. The ADA prohibits providing goods or services to the public that are not accessible to individuals who have disabilities. It is critically important to recognize that the ADA matters for all business types. Owners of properties and businesses, as well as facilities and leasing managers, should work to comply with ADA and be aware of the potential business impacts of non-compliance.

In addition to traditional, legitimate claims asserted by affected individuals, property and business owners, as well as facility or leasing managers, should be aware of the potential impact by serial litigants, drive-by lawsuits, and cyber lawsuits based on non-compliant elements, features and functions enforceable within the ADA provisions. Settlements can be costly and time consuming, costing thousands of dollars per violation, and can increase quickly into millions. Unfortunately, this trend has been accelerating in recent years. According to Acessible360, during 2016, 262 federal cases were filed just for website accessibility, and by the end of 2020, the number increased to more than 3,500 cases. The increase mostly affected big box and online retailers between 2019 and 2020. 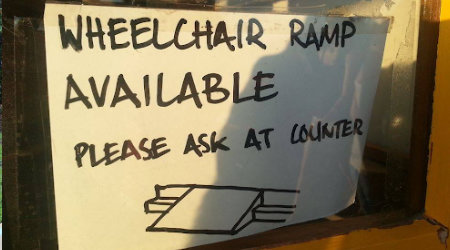 In the past, accessibility lawsuits were often brought when disabled individuals encountered physical barriers that prevented access to goods and services. Today accessibility lawsuits not only result from personal physical experience but may be brought fraudulently by individuals with claims for personal gain. Property owners, property managers, and business owners may be unaware of potential liabilities from the multitude of confusing accessibility regulations for a public accommodation facility (e.g., scoping ADA Title I through V, local building codes, WCAG, etc.).

As a building owner or facilities manager, you’ll want to stay on top of Title III of the ADA, which regulates places of public accommodation and commercial facilities – not only for the construction of new facilities, but for existing ones as well. Title III provides that architectural barriers be removed in existing facilities unless doing so is “not readily achievable.”

The ADA defines readily achievable as “easily accomplishable and able to be carried out without much difficulty or expense.”

Additionally, Title III has a safe harbor provision, that states that any portion of a facility built or altered before March 15, 2012, that complies with the 1991 Standards, does not need to be altered. However, there are some facilities that are not included in the safe harbor provision. These include:

With all of the regulations and exceptions, it is important to hire a trained consultant who can help you determine where barriers are in your facility and if removing them is readily achievable. However, there are a few things you can do today to start making your facility more accessible.

What you can do today

The ADA went into effect 30 years ago, but the accessibility world is still changing today as professionals gain a better understanding and integrate all the different regulations and civil rights laws into their practices. It is critical to engage a professional to navigate the maze of accessibility and understand how to scope a site or building properly to protect resources and avoid costly settlements or litigation. Knowledge and preparation will help property owners, business owners and facilities managers to meet accessibility requirements while avoiding litigation. We need to understand that this is about inclusion and not exclusion. Accessibility is about doing the right thing, and non-compliance with regulations can be costly. If you provide goods and services to the public in a permanent facility or provide online services, take the initiative now while protecting your financial well-being and working to ensure accessibility for all.

A Brief History of Disability Rights: How Did We Get to Today?

The disabilities rights movement began as far back as the 1800s. Here are some significant dates in the evolution of this movement: