ADA
OTHER PARTS OF THIS ARTICLEPt. 1: Renovations Trigger ADA Compliance?Pt. 2: This PagePt. 3: Proceeding After an ADA ViolationPt. 4: ADA In Commercial Real Estate
What are the most common Americans with Disabilities Act (ADA)  violations, why are they so common and what should facility managers do to avoid being in violation?

The most common violations are found at every juncture of a facility.

Built Environment:
It ranges from curb ramps and ramps that are too steep, the lack of marked parking with a marked access aisle and signage (ground markings don’t count, since they can’t be seen at night or when snow-covered.)

Restrooms: The most common violations are toilets not mounted the correct distance from wall or partition (a.k.a. water closet centerline), flush valve for the toilet is on the wrong side; if it isn’t on the wide side, you have to reach over the toilet to flush it.

Operations: Most common violations that are operational in nature, meaning they were not designed and/or constructed that way, include:
-Housekeeping/maintenance staff placing a garbage can next to the restroom's exit door. Clear space next to door (a.k.a. maneuvering clearances) is intended to give someone in a wheelchair the space to approach the door, reach the door handle and open the door.  You can’t do that if the garbage can is there!  Another is placing garbage cans/ash urns directly in front of the “call buttons” at an elevator, again impacting the ability of someone in a wheelchair or using a walker to reach the buttons.
- Retail establishments placing merchandise, information racks, etc. in the aisles, which reduces path of travel.
- Mounting objects to the wall (a.k.a. circulation route) that project 4 inches or more from the wall.  If they are 27 inches to 80 inches from the floor, someone with a visual disability will miss the item on a “cane sweep” and walk right into the object and get hurt!

These are but a few.  The structural/design violations are either a result of not following, understanding or paying attention to the ADA Standards as a federal law and relying solely on building code and code officials.  Building codes can be negotiated; civil rights cannot. Good design documents can still be constructed incorrectly. Sometimes it’s that the workmen have been doing it that way for x years, they don’t pay attention, or they simply don’t stop to think of someone using it.

The operational violations, although not permanent/fixed items covered under the ADA Standards, create barriers nonetheless.  Try explaining to someone who is trapped in a rest room because the garbage can is placed in their way that it really isn’t covered under the Standards — that won’t work! 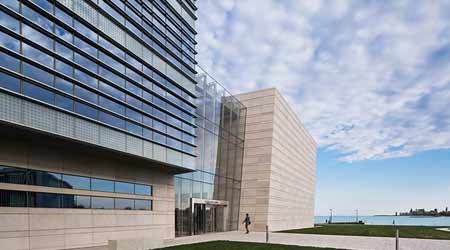