This approach explains why Gardner made sure a 1995 audit of the university’s facilities didn’t stop at assessing space utilization in the 20 buildings on Butler’s 290-acre campus in Indianapolis. At the time of the audit, many pieces of the university’s infrastructure, such as boilers, steam traps and converters, had not been upgraded since the 1960s. In some cases, the equipment was close to the end of its useful life.

“We were conducting master planning across the university, and were very interested in getting a comprehensive assessment of the university’s infrastructure and how it could support growth over the years,” Gardner says.

To assist in conducting the facilities audit and developing an energy-savings proposal for the university’s board of trustees, Gardner sought the help of energy management personnel at Honeywell.

Gardner and Honeywell developed a proposal for an energy-conservation and facilities-renewal program. The energy savings from the $11 million, 10-year program would enable Butler to fund infrastructure upgrades and implement a new energy-management system. The savings were guaranteed through a performance contract with Honeywell, so the work would not impact operating budgets.

Workers replaced the university’s pneumatic building controls with a Honeywell energy-management system that electronically relayed information to a main command center. This technology gave Gardner’s team pinpoint control of campus facilities for increased cost savings. It also enhanced efficiency because the previous systems were not linked, making it difficult and time-consuming to get a comprehensive picture of energy use.

Honeywell also centralized the university’s chilled-water plant, which eliminated the need for individual units dispersed throughout the campus and improved chilled-water service to multiple buildings. The program included a campuswide lighting retrofit as well, along with several heating, ventilation and air conditioning improvements in the school library.

“Since completion of the upgrades and in 1997, the university has saved more than $200,000 annually in energy and maintenance costs,” Gardner says.
The energy-management system and chilled water-plant upgrades were a success, both financially and environmentally. But in 2003, the university’s heating plant began having issues.

Butler relied on three steam boilers – small, medium and large – to heat the campus at different times throughout the year. When the smallest boiler stopped working and the mid-sized boiler developed cracks, the university had to rely on the large boiler year-round. Without a backup, buildings would have no heat if the large boiler failed.

Butler had two years left on its original performance contract with Honeywell, so the university decided to roll its last two years of payments into a new $4.3 million, eight-year agreement.
Honeywell decentralized much of the university’s heating plant and installed 18 energy-efficient, modular, hot-water boilers across campus, providing heat to individual buildings during the fall and spring months, when running the large boiler was not cost-effective.

“Since installing the high-efficiency boilers, we’ve cut our fall and spring natural gas consumption by 35 percent,” Gardner says. “Over the course of the eight-year contract, that’s more than 3.1 million therms saved or $2.5 million in utility costs. The project is a fantastic success for the university.” 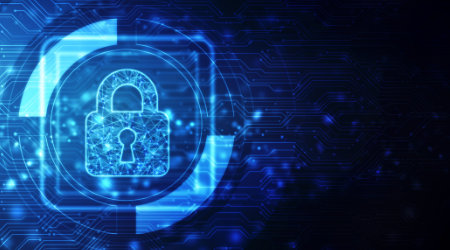