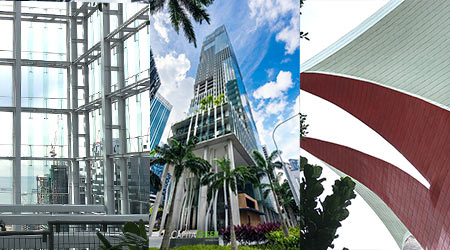 Singapore’s CapitaGreen Building: Rising Like Plant Growing Toward The Sky

Buildings don’t come much more spectacular than the CapitaGreen facility in Singapore’s Central Business District. On a recent media event in Singapore, I had chance to tour the facility and learn about its green features and benefits.

The most striking feature of the 40-story, 880,000-square-foot facility is the 150-foot tall wind funnel situated on the roof. Surrounded by a lush, green rooftop garden, the wind tunnel draws cool air into the core of the building. This dramatically reduces energy required to cool the building in the hot and humid tropical Singapore climate.

In addition to the rooftop garden (the “sky forest,” as our tour guide called it), where on the day we toured, it was noticeably cooler and comfortable than on street level on the humid July day, the building includes three sky terraces, on floors 5, 14, and 20. Any occupant of the building can use these green spaces for meetings, lunch, or just a break.

The building includes a double-skinned façade, the outer layer made of frameless glass and an inner layer of double-glazed full-height glass. This strategy helps reduces glare to occupant space and solar heat gain by 26 percent, which also saves energy on cooling. As well, about 55 percent of this façade is covered in living plants, which also helps with cooling, both the building and the city (it reduces the urban heat island effect). The plant-laden façade is visually stunning, too. It’s not something you see frequently on American high-rise buildings.

Finally, the building, designed by Japanese Pritzker Laureate architect Toyo Ito, includes dozens of artworks all over the building. Indeed, sculpture on street level outside the lobby is designed to look like roots of a tree, enhancing the overall concept of the building as a “plant growing toward the sky.”

Read more about his adventures in Singapore at the opening of BCA’s Skylab facility. 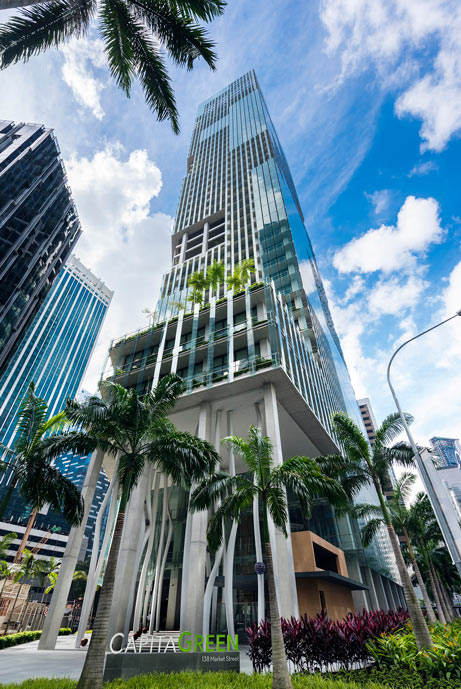 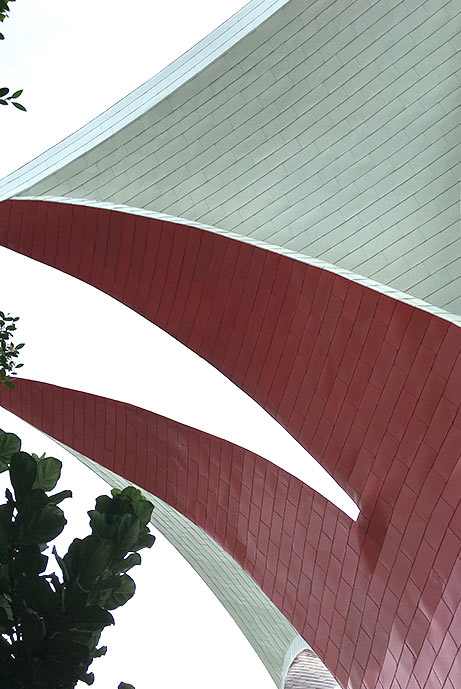 The 45-meter tall wind funnel is oriented to catch the wind, drawing the cool air down into the core of the building. 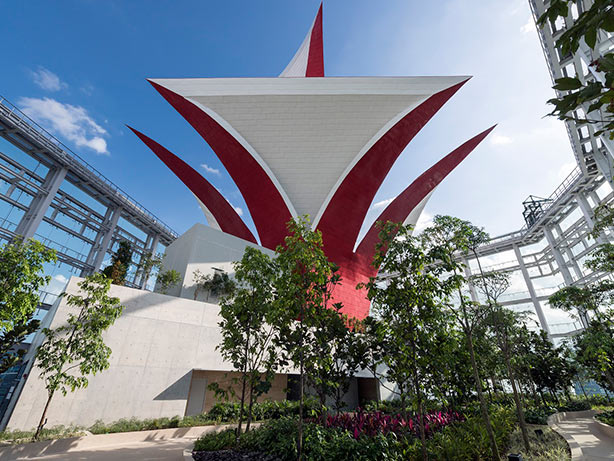 Perched on the roof of the building, the strikingly beautiful wind funnel is also one of the signature design elements of the facility. 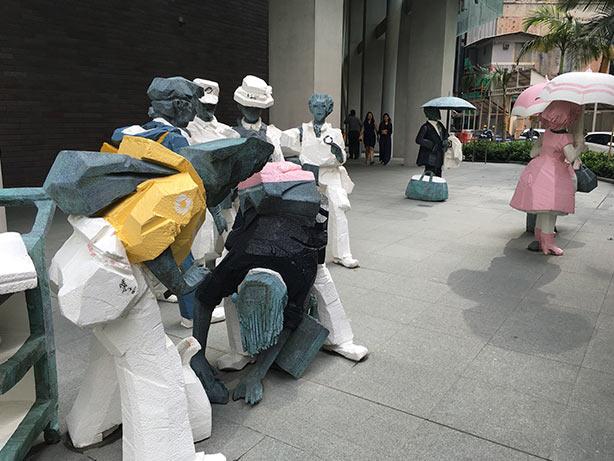 Art works are a hallmark of the building. This street-level piece by Chinese artist Ju Ming is part of the Living World Series. 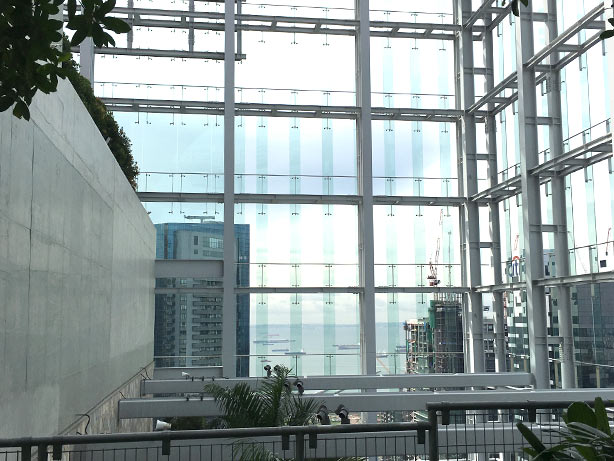 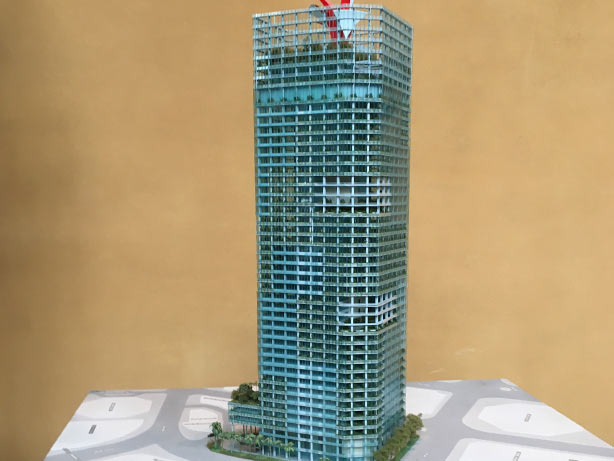 A model of the building sits in the lobby for visitors to admire the entire architectural design. 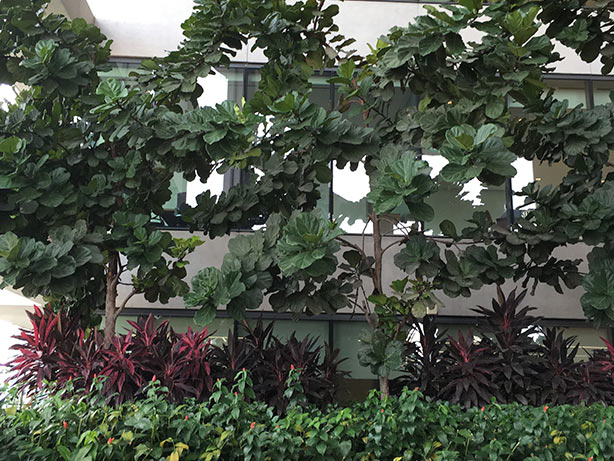 In addition to the "sky forest" on the roof, the building includes three other garden terraces. As well, about 55 percent of the building's facade is covered with plants. 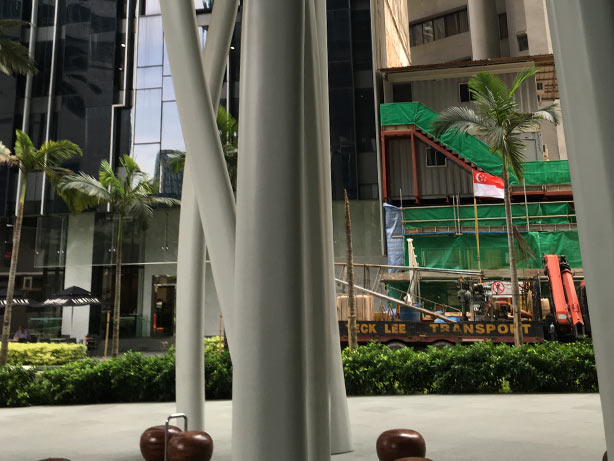 Art work on the lobby level is said to resemble roots. The concept for the building, according to Japanese Pritzker-winning architect Toyo Ito is that of a "plant growing toward the sky." 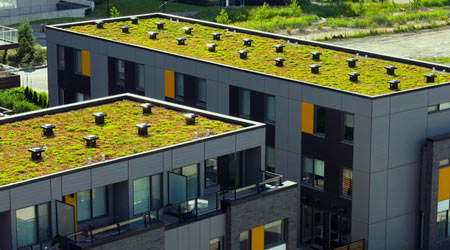 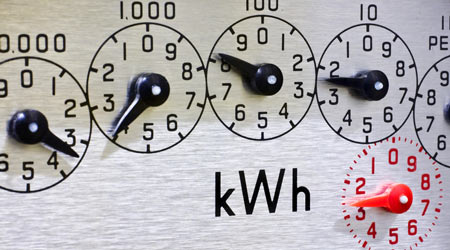 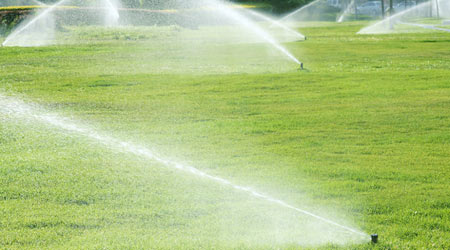